The State of Manufacturing in November

Along with the holidays and celebrations, December is a time to reflect and gear up for the new year. As we plan and budget, it’s not only important to look at where we are today, but where we want to be, so we know how to get there. This can be challenging, especially with an economy in flux and at an increased risk of a recession, additional inflationary waves, geopolitical conflict, and slower economic growth. With an eye on the coming year, let’s take a look at the State of Manufacturing and the U.S. Economy.

According to the ISM Manufacturing Purchasing Managers’ Index, the activity for manufacturing contracted for the first time since May 2020 with the index falling to 49.0 in November. Anything below the 50 threshold reflects a shrinking economy, which translates to contracting new orders, falling exports, and declining employment and slowing production. The one silver lining is improvement in supply chain disruptions and challenges.

While consumer prices did rise, the consumer price index fell to 7.1% in November, the lowest level since the end of last year, according to the U.S. Bureau of Labor Statistics. This is compared to 7.7% in October and a high of 9.1% in June. Given this slowing of inflation, Wall Street correctly anticipated the Federal Reserve slowing the pace of increasing interest rates to rein in inflation and prices with a rise in the benchmark rate by half a percentage point (50 basis points), increasing the rate to 4.50%. It is further expected that the Federal Open Market Committee (FOMC) will continue to hike interest rates to between 5 and 5.25% by the end of next year, and not begin reducing interest rates until 2024. In the meantime, it is important to keep in mind that inflation still remains near 40-year record highs and “the areas that saw the largest 12-month increases, according to the U.S. Chamber of Commerce, included food up 10.6%, energy up 13.1%, and housing up 7%.”

While this slowing trend is moving in the right direction, more work and time is needed to curb high inflation and work out the excess stimulus and liquidity in the system, which, along with surging demand and supply chain and workforce shortages contributed to inflation. It is also worth noting the U.S. experienced waves of inflation in the 1970s and this current moderation or slowing of inflation might be setting the stage for additional inflationary waves. Otavio Costa, Partner and Portfolio Manager at Crescat Capital, views inflation “as a structural problem caused by secular forces, including wage growth, commodity shortages, aggressive fiscal spending, and deglobalization, and that inflation develops through waves, and we have seen the first wave.”

While this time might be different, it may not be and understanding past historical, inflationary trends provides a future potential scenario when planning and when there’s uncertainty. 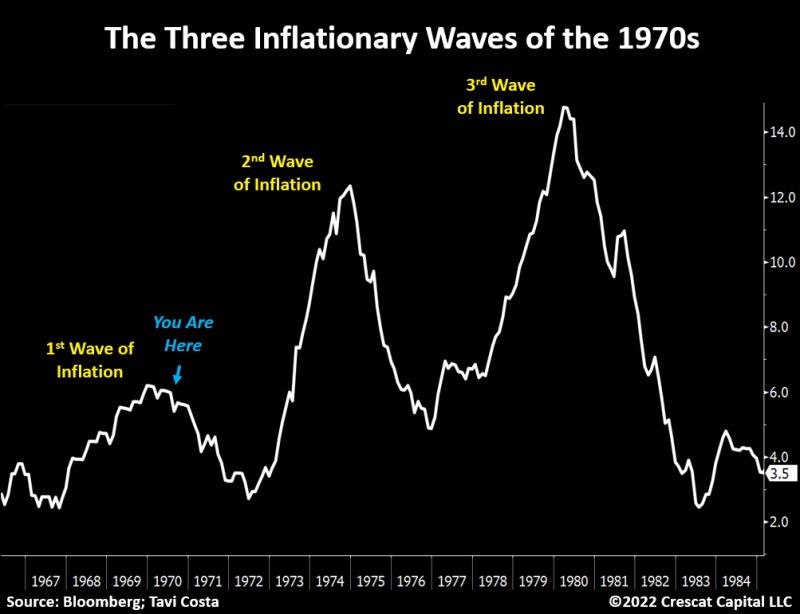 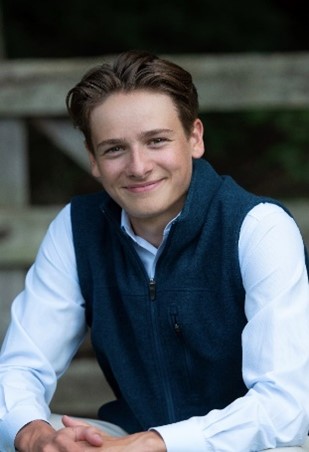